Revenge: Coralie Fargeat Takes a Stab at the Male Gaze 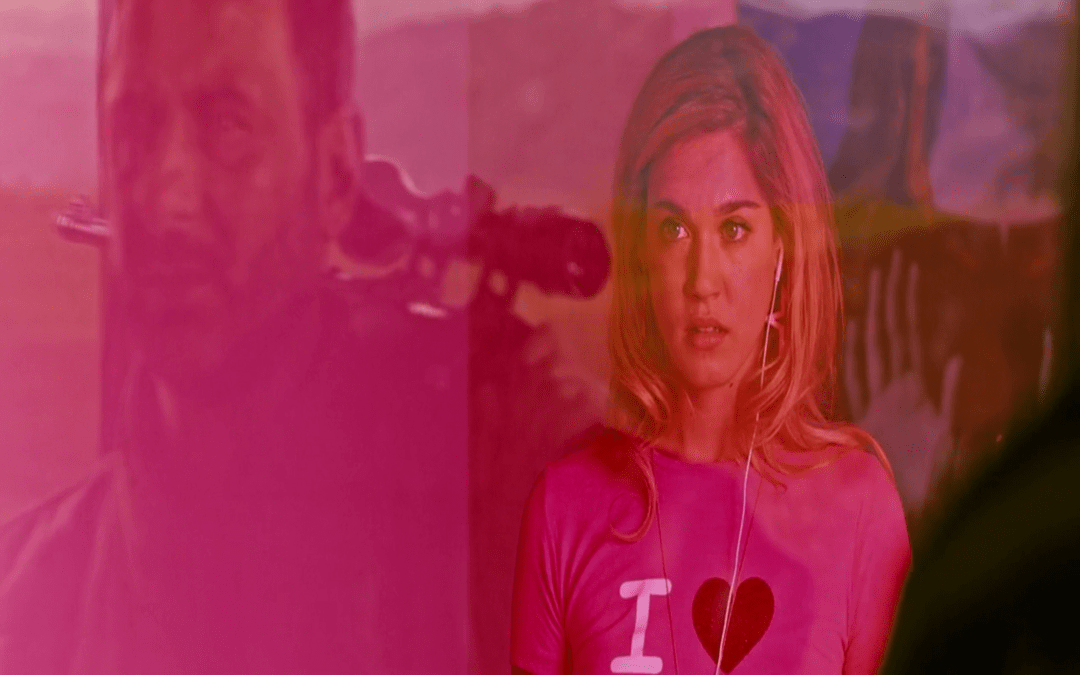 No matter the genre, Hollywood has a long history of exploiting violence against women as entertainment. In her first feature-length film, Revenge, French director Coralie Fargeat acknowledges, rejects, and transcends this history, subverting the genre’s typical pitfalls and all-too-familiar camerawork. Before I go into why Fargeat’s gorgeously shot genre masterpiece deserves a mention in my “women who did it better” series, let’s talk about the rape-revenge subgenre and its grandfather, Meir Zarchi.

Zarchi’s controversial (yet possibly well-intentioned?) rape-revenge film I Spit on Your Grave was the first of its ilk that dared to give its female victim a chance to fight back. Released at the height of the 70s slasher era, I Spit on Your Grave was allegedly inspired by a woman Zarchi witnessed crawling out of the bushes one night and tried to help, only to be appalled by how legal authorities handled her case (big surprise). A fairly black-and-white depiction of rape and revenge with little character development, the film was universally panned by critics. Even today, there is much debate about whether or not the film is, indeed, a feminist tale. Nevertheless, it opened the doors for the sea of rape revenge films that followed, from Last House on the Left to the film’s own remake and sequels. Perhaps the biggest problem with these films is their lack of female direction. It’s near impossible to see the over-the-top extended violence as anything other than masturbatory absurdity if you’ve ever been someone else’s prey.

Coralie Fargeat’s Revenge, on the other hand, uses the male gaze as her weapon of choice, flipping it around halfway through the movie as the hunters become the hunted. The film opens with Richard (Kevin Janssens), a caricature of wealth and alpha masculinity, stepping from a helicopter into a vacation-esque desert villa. Behind him is an equally caricatured Jen (Matilda Lutz), introduced from a low angle body scan that lingers on her backside. Clad in a crop top and underwear, she sucks on a lollipop in a suggestive fashion. The first part of the film is painful to watch, between the slobbering mugs of Richard’s friends as they watch Jen exist in their landscape to a scene where Jen dances with Richard’s friend Stan (Vincent Colombe) and he assumes possession. What happens the next day when Richard leaves Jen with his friends as he attends a business meeting is hardly surprising given the buildup.

What is surprising, however, is how Fargeat’s camera depicts everything that follows. For all the film’s violence, its rape scene takes place off-screen. Instead, we’re treated to the repulsive sight of the rapist’s friend Dimitri (Guillaume Bouchède) eating candy while ignoring the screams coming from the bedroom. A noteworthy difference between Revenge and its male-directed predecessors is that despite the film’s title, Fargeat’s Jen seeks survival more than vengeance. It is only after the men realize she isn’t dead and attempt to finish the job that she transforms from victim into warrior; and even then, she does so reluctantly. Lutz’s performance is remarkable in its subtleties. Unlike the typical female lead in the rape-revenge genre, Jen’s hands shake as she lifts the rifle. She doesn’t want to do this; she does this to survive.

Despite its neon color palette and blood-soaked second half, Revenge is a quiet film. Most of the dialogue takes place in the first fifteen minutes. After that, Lutz is no longer the gaze’s object but the gaze itself. Through her eyes, you see the wide expanse of desert and almost laughable projections of masculinity as she encounters the men throughout the film. From their choice of weapons to the blare of sports on the TV when she takes the hunt indoors, to her attackers’ deaths themselves, Fargeat’s camera begs the question “How do you like it?” without pausing to wait for an answer.

Revenge is as violent and disturbing as its predecessors, but any woman who has ever crossed the street, left a party, or clutched a can of mace based on intuition alone will get those familiar goosebumps within its first half hour in a way that Zarchi and Craven’s films will never replicate. I can’t wait to see what Coralie Fargeat does next.